We want to spend a few more minutes on Politics. And you cannot have missed, unless you were seriously committed to not paying attention, that the big political and journalism story of the last week was that Donald Trump, the Republican frontrunner, bypassed the last debate before the Iowa caucuses because he objected to the participation of moderator Megyn Kelly as well a press release defending her, apparently authored by Fox president Roger Ailes. Beyond the Trump tantrum, we wondered if this had something bigger to say about the state of the media and politics and how politics is practiced today. So to talk about all this, we've called our media panel back together. With us today is Ryan Grim, Washington bureau chief for The Huffington Post. Welcome back, thanks for coming.

RYAN GRIM: Thanks for having me.

MARTIN: And NPR's own editorial director Michael Oreskes. He's the senior vice president of news. Thanks so much for walking down the hall, Michael.

MICHAEL ORESKES, BYLINE: Great to be here in your studio.

MARTIN: Also back with us, David Brody. He's the chief political correspondent for CBN News. That's the Christian Broadcasting Network. He joins us from Iowa Public Radio in Des Moines. David Brody, good to talk with you again.

MARTIN: So let me start off by getting your take on just the whole question from the media standpoint. Why was Donald Trump's decision not to participate in the Fox debate such a big deal?

GRIM: Well, it's not done. You know, these are party-sanctioned debates. This is a presidential election, you show up at the debates. These are the rules. We have a series of unwritten rules of how campaigns are run, and everybody has followed those rules consistently over the decades. And no one has really even seriously thought about breaking them.

MARTIN: David, what about you? Was it a big story for you as well?

BRODY: Well, it was. Ryan makes an interesting point. He calls it unwritten rules, and that's exactly right. I mean, Donald Trump is rewriting those rules. And I think that's what's frustrating a lot of folks, not just in the media but, you know, Donald Trump marches to the beat of his own drum. Is it a risk? Yes. But you know what? At this point, he's undefeated.

MARTIN: Mike, let me ask you about - there was a two-part issue to Trump's decision that he said. One was he said he didn't think Megyn Kelly had been fair to him. But he also talked about Fox's response to this. And multiple sources have said that this was authored by Roger Ailes himself. He said, we learned from a secret back channel that the ayatollah and Putin both intend to treat Donald Trump unfairly when they meet with him if he becomes president. A nefarious source tells us that Trump has his own secret plan to replace the cabinet with his Twitter followers to see if he should even go to those meetings. Was that an appropriate response? Because for a lot of people, this is a serious issue for a candidate to decide who is allowed to ask him questions.

ORESKES: I would separate it into two things. It is absolutely appropriate for the news organization to stand up for their journalist. And in that, Roger and I would be indivisible. In that sense, that response was totally appropriate. It used a lot of language that sounded more like a political consultant then a head of a news organization. And that's a judgment that I would not recommend that tone if you're representing a news organization.

MARTIN: So back to you, Ryan Grim. This past week, The Huffington Post made a new change in the way you cover Trump. You just started including a note at the bottom of every political story on Trump that reads, "note to our readers - Donald Trump is a serial liar, rampant xenophobe, racist, misogynist, birther and bully who was repeatedly pledged to ban all Muslims - 1.6 million members of an entire religion - from entering the U.S.," unquote. What's that about?

GRIM: Well, the thinking there is that we write an awful lot of stories about Donald Trump. And you can't pack everything into every single story. And so we settled on this. We said well, let's have some boilerplate language that accurately describes the candidate that we're talking about. If readers are unfamiliar, here are the descriptions of his behavior and here are the links to that behavior that is described.

MARTIN: Because I think other people would see it is editorializing...

GRIM: Sure. I - it is describing a phenomenon. But then we link to the evidence to back up why we think it is this. But I do think there is a strange idea that the media has that if you tell the public what you think, they can no longer think for themselves.

MARTIN: Let me bring David Brody back here. David Brody, you've interviewed Donald Trump a number of times. Can I ask you a tough question, though?

MARTIN: I mean, one of the reasons I think that Donald Trump has been a popular figure, he's very available to the media. But he also has a reputation for and has a history of attacking people when he thinks they're not sufficiently deferential to him. I think that's clear. So do you feel that you have to be somewhat deferential to him in order to maintain that access?

BRODY: No, not at all. I would say though that my philosophy and why we've scored a lot of big interviews is because I think you get more with honey than vinegar. And so, you know, a lot of people have this mentality where you have to ask the really, really tough questions. And - but what happens is they actually tighten up, and they don't give you what you want. Instead, I'll ask the same question that others will ask of candidates. The difference is I'll do it in a bless-your-heart sort of way. You know, in the South when they say, you know, you look horrible in that dress, bless your heart. And it sounds nice, but actually it's trying to get the same result.

MARTIN: So let's talk to the whole question of what the result is of this last week and what your assessment of this is. Did Trump win this one or not?

GRIM: I think he did. And you have to also put in context that we're a couple days out from Iowa. So the debates that this one is competing against are much earlier in the season, when you presume that tension would be much dimmer.

MARTIN: David Brody, do you have an opinion about that?

BRODY: Yeah, I 100 percent agree. I would just add also it played to Donald Trump's brand, which is, you know, strength. I'm going to do things on my terms. And, you know, I think a lot of this - and this has a media component to it for sure - is that they've tried to control Donald Trump. And he hasn't been able - you know, he's not going to play that game.

MARTIN: Mike Oreskes, I too want to ask about the bigger question here that this really speaks to the weakness of the media and really the political organizations...

MARTIN: ...At this moment in history.

MARTIN: Do you feel that way, and if so why?

ORESKES: I do. I mean, I think you see both CNN and Fox commercializing these events and using them to drive their own audiences, which is fine from their business point of view. But I don't know that that's the best thing for either journalism or for the country. I actually would like to see debates in the primaries treated the way the presidential debates are treated, which is take them out of the hands of the journalists. I don't really think we need to be running those things.

MARTIN: So how should they hear from the candidates? I want to note at this point that Ted Cruz is trying to have a one-on-one debate with Donald Trump.

MARTIN: I don't know that journalists would be even involved in that. Does this signal kind of the beginning of the end of journalistic influence over these debates? Ryan.

GRIM: I do think whatever the short-term gain for Trump might've been by skipping the Fox debate, it was also kind of - it could become a landmark moment. He has now showed the media that he doesn't need them and that he has the people behind him. You know, if that evolves in certain ways, it could be quite dangerous.

MARTIN: That was Ryan Grim, Washington bureau chief for The Huffington Post. David Brody is chief political correspondent for Christian Broadcasting Network. He joined us from Iowa Public Radio in Des Moines and NPR's own editorial director Michael Oreskes, who's here with us. He's also senior vice president of news. Thank you all so much for speaking with us.

GRIM: Thanks for having me. 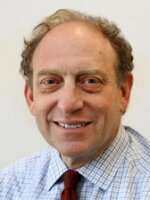 Michael Oreskes
Michael Oreskes is NPR's Senior Vice President of News and Editorial Director. He leads an award-winning team of journalists and seasoned newsroom executives who are committed to excellence, innovation and the highest quality reporting and multi-platform storytelling.
See stories by Michael Oreskes

Michel Martin
Michel Martin is the weekend host of All Things Considered, where she draws on her deep reporting and interviewing experience to dig in to the week's news. Outside the studio, she has also hosted "Michel Martin: Going There," an ambitious live event series in collaboration with Member Stations.
See stories by Michel Martin
Latest News
Support KUER
KUER is listener-supported public radio. Support this work by making a donation today.
Donate