A large part of our region isn't doing very well when it comes to child health. That's according to the 2018 Kids Count Data Book out today. 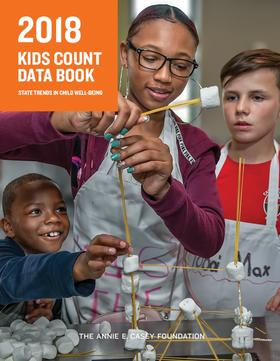 The non-profit Annie E Casey Foundation focuses on the well-being of American children and each year does a state-by-state analysis. When it comes to health, Wyoming, Montana and Colorado ranked in the bottom ten. Flo Gutierrez with the foundation said in Wyoming nine percent of children are without health insurance.

"That rate is more than double the national rate,"  said Gutierrez. "So expanding Medicaid is one of the ways that states can start improving the well-being of kids."

Colorado and Montana have already expanded Medicaid. But Gutierrez said child and teen death rates are high across the mountain west. That includes auto fatalities as well as suicide. Gutierrez said states can do more.

"They can also look at evidence-based programs and focus on suicide prevention and programs that improve vehicle safety," said Gutierrez.

The study also revealed a higher percentage of drug and alcohol abuse among Colorado teens.

A new report shows Utah’s children are not doing as well as they used to compared to the rest of the country. The annual Annie E. Casey Foundation Kids Count Data Book measuring child well-being has just been released, and Utah continues to slip in the national rankings.

A new report shows that Utah is not making the same progress on children’s health insurance coverage or child death rates as other states. According to the Annie E. Casey Foundation, the state dropped from 7th to 27th in this year’s child health ranking.