Our broadcast signal serving the Enoch area is out due to generator problems. More info.

The Public's Radio | By Lynn Arditi

Rhode Island has one of the highest per capita COVID-19 rates in the country, and its hospitals are struggling to respond. One doctor described a night in the emergency room to health reporter Lynn Arditi of The Public's Radio in Rhode Island.

LYNN ARDITI, BYLINE: The first patient of the night that Dr. Joseph Lauro saw had all the telltale signs of COVID-19.

ARDITI: As an emergency medicine physician, Lauro normally would be able to admit this patient directly into the hospital. But on that night, all of the beds in the hospital were full. So a staffer wheeled the patient's cot into one of the emergency department's isolation rooms and closed the door. Lauro says the pandemic is hard for some people outside of health care to grasp.

LAURO: They see what's on the news. But until you feel what's happening in the emergency department, you don't understand how bad this really is.

ARDITI: It's so bad that Rhode Island has opened two field hospitals with more than 900 beds in all. As in other parts of the country, staff shortages have hampered efforts to care for COVID patients. That means more of them waiting in emergency rooms. On the night of Lauro's shift, the intensive care unit was full. So was the step-down ICU, which is used for less critically ill patients.

LAURO: I wanted to send somebody to the field hospital, but there wasn't enough staff even at the field hospital to send the patient there. So he was waiting in the emergency department to get a bed inside the hospital.

ARDITI: Lauro is used to caring for very sick patients under trying conditions. He started his career as a paramedic in New York. He was 24 when he worked at the site of the World Trade Center after the 9/11 terrorist attacks. Back then, the rescue effort lasted days. This one now is lasting months.

LAURO: You close your eyes, and you hear coughing. We hear retching. You hear people talking.

ARDITI: He can hear, but his N95 mask and face shield create a barrier.

ARDITI: I asked him to imagine what COVID would smell like.

ARDITI: At one point during his shift, he was treating a COVID patient, and he felt the seal of his N95 mask had been broken.

LAURO: I could feel in my mask that the air is escaping through the top corner of my nose where it always does, no matter what mask I wear.

ARDITI: After finishing with the patient, he put on a new mask. But these are the risks he lives with on every shift. By the time Lauro's shift ended that night, he had admitted about 14 patients. And that first patient, the one who was wheeled into an isolation room...

LAURO: When I left my shift at 11 o'clock, he was still in the emergency department.

ARDITI: The next day, Lauro received his first shot of the COVID-19 vaccine. He recorded his thoughts as he got into his RAM pickup to head home.

ARDITI: These shifts are tough. But less than a year after the coronavirus came to this country, he may soon be immune. Medicine, he says, is just remarkable. Lauro is among some 3,000 hospital staff in Rhode Island who are now being vaccinated against COVID-19. 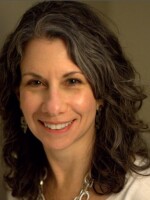 Lynn Arditi
Arditi joins RIPR after more than three decades as a reporter, including 28 years at the ProJo, where she has covered a variety of beats, most recently health care. A native of New York City, she graduated from Oberlin College with a degree in government and has worked as a staff writer for The Center for Investigative Reporting in Washington, D.C. and as a reporter for the former Holyoke Transcript-Telegram in Massachusetts.
See stories by Lynn Arditi
Latest News
Support KUER
KUER is listener-supported public radio. Support this work by making a donation today.
Donate