Seattle Public School teachers walked off the job today. It was supposed to be the first day of school.

UNIDENTIFIED WOMAN: What do we want?

UNIDENTIFIED WOMAN: When do we want it?

UNIDENTIFIED WOMAN: What do we want?

CORNISH: This hasn't happened in Seattle in 30 years. And as you can hear, the teachers are striking over a contract dispute. Ann Dornfeld covers education for member station KUOW in Seattle and joins us now. And, Ann, to begin, just how big a deal is this?

ANN DORNFELD, BYLINE: There are about 5,000 teachers and other school workers on picket lines all across the city. We have about 100 public schools in Seattle, 53,000 students enrolled and also have to take into account all the parents who've had to find childcare on what would have been the first day of school or parents who've had to take off work to take care of their kids.

CORNISH: We mentioned the contract dispute, but what specifically drove the teachers to walk out?

DORNFELD: Well, the main issue is pay. The district says it's offered teachers a generous pay increase over the next few years, but teachers say that that is not nearly enough. They say they've waited through years of the economic downturn of not receiving cost-of-living adjustments or significant pay increases. The economy in Seattle is doing really well, and the state has just increased funding for districts in response to a state Supreme Court ruling that found the state was failing to do its part for public schools. With those extra millions, teachers say they deserve a decent raise given the work they put in and because the cost of living in Seattle has been skyrocketing in recent years.

Another issue related to pay is the district has proposed lengthening the school day for teachers. And the superintendent says longer school days are important to improve student learning and that Seattle has some of the shortest school days in the state. But teachers say that lengthening the school day needs to come with a commensurate pay increase. They say that while they often work without pay in the evenings and on weekends, it's not OK for the district to require them to do that.

CORNISH: Beyond pay and length of school day, are there other sticking points?

DORNFELD: There are a bunch, yes. One issue is the amount of standardized testing that students take in the district. The union wants a say in which tests are given. They say that there are just too many, and they're not always useful to students or teachers. They want the district to commit to not adding tests midyear as had happened here. Another issue is the caseloads for specialists and special education, people like speech therapists, occupational and physical therapists. Teachers say the caseloads are huge, and that's not serving students well and is overburdening teachers as well.

CORNISH: What's been the response from the school district?

DORNFELD: Well, the school board voted last night to authorize the superintendent to take teachers to court and force them back to work if necessary. That has been kind of an inflammatory move among teachers and parents. They see that as unnecessarily aggressive. There's a lot of parental support for the teachers in this district. There's a group of parents who've even mobilized to bring soup to teachers who are walking the picket line.

CORNISH: So this is day one of the strike, but is there any sense of how long it might go on?

DORNFELD: It's hard to say. We haven't seen a strike like this in Seattle for 30 years. The last strike, to put things into perspective, lasted three weeks. But it's anyone's guess how long this will go. We have a new superintendent whose style people aren't quite sure of. He has a good reputation of working with unions in the past, but right now they say they're starting to wonder how this is going to end. I talked to a teacher this morning who said that he is prepared to march until his feet bleed.

CORNISH: That's Ann Dornfeld. She covers education for member station KUOW in Seattle. Teachers went on strike in Seattle on what was supposed to be the first day of school. Ann, thanks so much for your reporting. 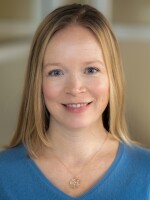