More than 100 people gathered at the University of Utah Monday evening to memorialize MacKenzie “Kenzie” Lueck, the student who went missing in June and was later confirmed dead by Salt Lake City police.

Friends described the 23-year-old as a bubbly, nurturing person who loved spending time with her family and looked forward to a career in medicine.

Lueck was a senior at the U studying kinesiology, and a member of the university’s Alphi Chi Omega sorority. She was expected to graduate in May 2020.

Tags
News Amber LueckUniversity of UtahPhotos
Rocio Hernandez
Rocio is coming to KUER after spending most of her life under the blistering Las Vegas sun and later Phoenix. She earned bachelor’s degrees in journalism and Spanish at the University of Nevada, Reno. She did brief stints at The Associated Press, the Las Vegas Review-Journal and Reno Public Radio. She enjoys wandering through life with her husband and their toy poodle.
See stories by Rocio Hernandez 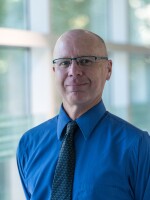 Brian Albers
Brian is from Southern California, where he was an engineer at Clear Channel in Los Angeles for 15 years for The Jim Rome Show and The Chris Myers Show, among others. He also hosted his own music shows for just as long on LA's (use one- influential, venerable, legendary, renowned) KXLU 88.9FM.
See stories by Brian Albers
Latest News
Support KUER
KUER is listener-supported public radio. Support this work by making a donation today.
Donate