Under blue skies, thousands gathered Friday at Promontory Summit nearly 100 miles north of Salt Lake City to commemorate the 150th anniversary of the completion of the transcontinental railroad.

On a high plateau surrounded by rolling green hills, people from around the world assembled to watch re-enactments of the driving of the final spike and of the telegram message sent across the country when the railroad was completed on May 10, 1869: D-O-N-E. Done.

The celebration included speeches and musical performances set against the backdrop of the two replica steam engines — the Jupiter and No. 119 — facing each other on the site where the rails from the eastern and western United States originally met.

This year, speakers paid special tribute to voices not heard in previous celebrations: a diverse pool of railroad laborers. In particular, were the Chinese workers without whom the railroad could not have been completed, and Native American tribes who saw their way of life brutalized as a result of the railroad’s construction.

Events will continue at Promontory through the weekend. As of publication (5/10/19, 7 p.m. MT), tickets are still available for Sunday at Spike150.org.

Nicole Nixon
Nicole Nixon holds a Communication degree from the University of Utah. She has worked on and off in the KUER Newsroom since 2013, when she first joined KUER as an intern. Nicole is a Utah native. Besides public radio, she is also passionate about beautiful landscapes and breakfast burritos.
See stories by Nicole Nixon 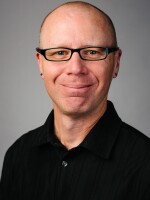 Brian Albers
Brian is from Southern California, where he was an engineer at Clear Channel in Los Angeles for 15 years for The Jim Rome Show and The Chris Myers Show, among others. He also hosted his own music shows for just as long on LA's (use one- influential, venerable, legendary, renowned) KXLU 88.9FM.
See stories by Brian Albers

Elaine Clark
Elaine Clark is a Hoosier, and studied folklore and Germanic studies at Indiana University. She earned a master's degree in Middle East studies from the University of Utah, which included a year of academic research and work for an education NGO in the West Bank. From 2004 to 2019, Elaine was a producer for KUER's flagship interview program RadioWest. In her free time, Elaine dreams about her former days as a rugby fullback, wanders the desert and mountains with her husband and stepdaughter, and, as a self-confessed history nerd, reads 19th century newspapers and census records for sport.
See stories by Elaine Clark
Latest News
Related Content
Support KUER
KUER is listener-supported public radio. Support this work by making a donation today.
Donate