Health, Science & Environment
Sent Away
It didn’t seem to matter what the teen treatment center did wrong. The state of Utah always gave it another chance.Sent Away is an investigative reporting podcast made in partnership with KUER, The Salt Lake Tribune and APM Reports, with support from the Corporation for Public Broadcasting.Subscribe now on Apple or Spotify.

When Meagan Crider began exchanging notes with a staffer at the Utah teen treatment center where she was staying, the extra attention felt exciting.

It was in the early 2000s, and Crider was 16 years old. The staff member was an adult several years older than her.

“I remember we would write letters back and forth,” Crider recalled. “That’s how we would communicate. And I bet there was two boxes full of letters.”

They kept their notes a secret. But at one point — she can’t remember exactly when — Crider said the tone of the letters changed.

“The letters were starting to get more and more crossing the line,” Crider said. “She knew she could get in trouble for this. That’s why we had to be so secretive.”

The staffer was able to sneak Crider out of the program, Crider said, and into her apartment. There, the woman had sexual contact with her, according to Crider.

The former staffer, whom the "Sent Away" investigative team is not identifying because she was never charged with a crime, didn’t respond to multiple interview requests.

Crider left Integrity House in 2003 and didn’t tell anyone while she was there what was happening. It wasn’t until some three years later that her mom found those shoeboxes of old letters at their home in Texas and alerted both Integrity House and the police. But her report went nowhere.

Inappropriate contact between children and staff members has happened with some frequency in Utah’s teen treatment programs. In a three-and-a-half year period — from November 2018 through July 2021 — state regulators have investigated at least 20 reports of staff pushing the boundaries with clients, sometimes amounting to sexual abuse. State records show that 13 people resigned or were fired from youth treatment facilities after allegations of inappropriate sexual behavior during that time, according to a data analysis from The Salt Lake Tribune, APM Reports and KUER.

Utah law is clear that minors cannot consent to sexual activity with an adult, particularly if that person holds a position of trust, as staff members at youth treatment facilties do.

Experts say this type of abuse can happen in congregate care programs where young people are often isolated from their families with under-trained staff keeping watch — but it can be combated with proper oversight and clear boundaries so staff know not to cross the line with the kids they are supposed to be helping.

That didn’t happen when she was at Integrity House, Crider said.

“Those lines, without a doubt, they were crossed,” she said. “It was pretty bad.”

What happened to Crider took place two decades ago. But the “Sent Away” team’s data analysis shows staff members crossing boundaries with children in Utah youth treatment centers has been a continuing problem.

In the first half of 2021, at least five facilities disclosed inappropriate staff behavior to state regulators.

It happened last January, when a teen alleged that a staff member at Logan River Academy touched her upper thigh.

“The student in question has lied in the past regarding staff indiscretions,” a member of management wrote in a report to regulators, noting that the accused staff member was still fired because she wasn’t connecting with the children.

Weeks later, regulators received a report that a woman who worked at Falcon Ridge Ranch had slapped students’ buttocks and shown them a photo of her husband’s genitals. She was fired from the job.

Then, last June, a child welfare worker sent a photo to the state that showed a Renewed Hope Ranch staff member rubbing and combing his fingers through teens’ hair.

“These pictures show inappropriate boundaries and what might be considered grooming,” the government worker who reported it wrote. “Male staff and female staff aren’t allowed to do this. They allow him to.”

And just last month, police in Iron County charged a 23-year-old man after he allegedly kissed a girl while he was working at Zion Hills Academy, the sister program to Havenwood Academy — whose owner bought Integrity House in 2014. The facility’s director of programs said that employee was fired.

Lise Milne, a professor at the University of Regina in Canada, has researched child sexual abuse among kids in residential treatment. She said sex abuse in group care settings is “staggeringly high” in both the U.S. and Canada.

“Sexual abuse, whether perpetrated by staff members or peers, is common enough to warrant concern,” she said, “and to ensure that strong measures are in place for its prevention.”

It’s critical, Milne said, for facilities to be careful in who they hire, train them well and keep a watchful eye to make sure boundaries aren’t crossed.

The insular nature of congregate care can contribute to sexual misconduct, Milne noted, along with uneven training for staff about youth development and the need to establish boundaries between the kids and the staff.

“It’s really important [to remember] that even when they act mature or adult-like, or even seem to be inviting this activity, they’re still children,” she said, “and should be met with really appropriate boundaries. And these boundaries need to be clear in policies, clear in practice and need to be monitored really, really closely.”

Crider’s mother called the Cedar City police and Integrity House in 2006 after finding her boxes of letters and talking with her daughter. The police report at the time noted Crider’s mom said her daughter disclosed what happened “to prevent another young female from being involved in an inappropriate relationship” with the staffer.

But there’s no record of the Cedar City police department taking any action beyond writing down what Crider’s mother reported. The officer who took the report told the “Sent Away” team that he wasn’t sure why nothing apparently happened — and that reports like that usually would be referred for investigation.

The former staffer was never charged. And there is no record that Integrity House management reported the allegation to state regulators, as they were required to do.

Daniel Taylor, who ran Integrity House at that time, said in a recent interview that management didn’t do much to investigate Crider’s allegation themselves.

“No. 1, it wasn’t [the employee’s] character,” he said. “No. 2, these individuals, young ladies, they don’t want to be there. They’re angry. They’ll say or do whatever they can to get out of the program or out of wherever they’re at. So I had no evidence. There was no investigation on it. So it was just like — what do we do about it?”

Crider believed her mother received some kind of out-of-court settlement from Integrity House. Her mom declined to speak to a reporter for this story. Faron Taylor, Daniel’s older brother and then-owner of Integrity House, acknowledged that a lawyer had “handled” the situation, but declined to elaborate.

Crider said she has read about teen treatment programs over the years as she’s gotten older and started a family of her own. Sometimes, it’s hard for her to believe that she went through it herself.

It makes her angry, she said, to think about how these programs cater to desperate parents who feel they have no other choice. Yet, even years later, some of these programs haven’t always kept children safe.

“It blows my mind that we don’t have some better things in place to make sure that these kids get what they need,” she said. “It doesn’t seem right to me.”

Editor’s Note: This story was produced as part of “Sent Away,” an investigative podcast from The Salt Lake Tribune, KUER and APM Reports that examines Utah’s teen treatment industry. You can listen to Episode 3 here. 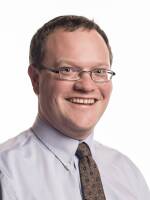