The threatened desert tortoise in Southern Utah spends much of the summer in cool, dark burrows. But as the weather cools in the fall, the elusive animals are more likely to be out and about. That’s why biologists are asking the public to share their tortoise sightings through a survey on a downloadable app.

The tortoises make their home in the Mojave desert of Southwest Utah, Nevada, Arizona and California.

Red Cliffs Desert Reserve biologist Mike Schijf said there are roughly 3,000 desert tortoises on the reserve today. But he said that’s a dramatic decrease over the last 25 years.

“We have seen approximately a 50% decline in adult tortoise populations in the area. And so that is quite drastic.”

But it’s not as bad as elsewhere.

“Other parts of the Mojave would be an even more extreme decline, more like an 80 to 90% decline, at least in some areas,” Schijf said.

Habitat loss is one of the main culprits of the desert tortoise population decline. Utah Division of Wildlife Resources spokesperson Faith Heaton Jolley said drought and fire are a big part of the problem.

The Cottonwood Trail Fire and the Turkey Turkey Farm Road Fire devastated thousands of acres in 2020 — burning through areas of the reserve.

“I know we have seen some issues specifically with that fire a couple of years ago that burned a lot of their habitat area. And in fact, we had to rescue a tortoise that had been part of the burn area,” Jolley said.

If you are looking to spot a tortoise, timing is everything. Reserve spokesperson Ammon Teare said it took him a while before his first sighting.

“I went on lots of hikes in areas of the reserve, but I was always going at the wrong time of day. A lot of people try to go in the evening and by that time often tortoises are already sheltering in their burrows.”

Teare also tried to go in the summer when it was too hot with no success. Fall is the perfect opportunity to track the tortoise population.

The Reserve launched its public survey in 2020 through an app called ArcGIS Survey123. Teare said it has given them increased data for location, age and even images of the tortoise.

“The focus of the app has been to get people to report their observations. Anyone can use it anywhere, but we're mostly interested in locations that are actually outside of the Red Cliff Desert Reserve,” Schijf said.

The reserve is looking for data from hikes and even backyards as long as it's in Utah’s Washington County.

Not only does the survey provide more information to wildlife biologists, it’s also an opportunity to educate the public about protecting the species.

An ongoing problem is people taking the creature home. Once a tortoise has been taken out of the wild, it can’t be put back because of possible diseases it could introduce to the population, Jolley said.

There is a state adoption program for rescued tortoises, but that doesn’t contribute to the growth of the wild population.

Still, Schijf said the population could improve, and the public can play a key role by taking part in the survey and being good stewards while in nature.

The only time to pick up a tortoise is to move it to safety from a road or trail.

“Don’t scoop them up, don't take them home and don't even touch them unless you have to,'' Schijf said.

How to use the app: 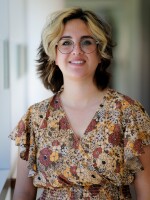