A group of Brigham Young University students has pushed the school into the public eye with their viral TikTok account, @blackmenaces. In their videos, students are asked questions like “Is the confederate flag racist?” and “Does reverse racism exist?”

Now, @blackmenaces has amassed over half a million followers — and that number is quickly growing.

Sebastian Stewart-Johnson, one of the creators, said they started the TikTok to reveal their experiences with racism, sexism and homophobia as Black students at the overwhelmingly white university.

“In most spaces, I'm the only Black student or the only person of color in the whole room,” he said. “I'm a poli-sci major, so I'm constantly hearing people's opinions that I know, in my opinion, degrade the human integrity of people.”

Out of 30,000 students at BYU, less than 1% are Black. Census figures show that in Provo, Utah — the university’s home — only 1.1% of the population is African American, just a little behind the statewide number. Stewart-Johnson said that lack of diversity allows students’ biases to go unchecked, leaving him feeling ostracized and isolated. But with their growing following, Stewart-Johnson hopes @blackmenaces will provoke real change at the university.

Pamela McCall: Tell us more about why you decided to start @blackmenaces.

Sebastian Stewart-Johnson: There's five of us that mainly run the page right now. We have a lot of experience with racism, sexism and homophobia. We wanted to see change happen, and we've tried for years, but we wanted to highlight and see what we could do on a more nationwide scale.

PM: Why did you call it black menaces?

SSJ: It was at first somewhat of a joke, but we use it as a way to be synonymous with reformers — people that reformed the world. Nelson Mandela, Gandhi and MLK were all hated by everybody. They were menaces to society, in a sense. People may not like us, but we still want to change.

PM: What has your experience been like at BYU?

SSJ: It's been very isolating for me. In most spaces. I'm the only Black student or the only person of color in the whole room. I'm a poli-sci major, so I'm constantly hearing people's opinions that, in my opinion, degrade the human integrity of people.

PM: You're from Texas. What made you choose BYU? And you're a Latter-day Saint?

SSJ: I was raised, yes, like that. I thought that it would be this fantastic community of like-minded students, people that kept really well the first and second commandment of loving your neighbor. You know, loved and welcomed inclusivity. And being from Texas, southern hospitality was the thing. So I was used to people opening doors, saying, "Hi, good morning. Good afternoon." It hasn't been like that. I found my own community through some hard searching.

PM:  What makes you stay at BYU given your experience?

SSJ: So, what makes me stay at BYU is the hope that BYU can become a little bit better and that I can be a person that pushes that change because if we don't stay, change will never happen. Because the apathy and the complacency will continue to sink in. So if I can struggle a little bit for that little change, I'm happy to.

PM: I understand that your TikTok has just reached half a million followers. What do people see when they check it out?

SSJ: So on our TikTok, we mainly feature questions. We ask questions that highlight the disparities that exist. We ask, "Do you support gay marriage?" We ask about pro-life or pro-choice. We ask about systemic racism. And we just ask these students questions. We don't react. We don't share our opinions, so they feel comfortable to share whatever it is that they feel. And then we also ask Black students what they feel and show their life experience.

PM: There seems to be a common theme in responses from students to questions, saying they need to do more research when asked things like "Does institutionalized racism exist?" Why do you think that is?

SSJ: I think one, is that they don't want to answer in a way that makes them look ignorant. I think, too, it's they haven't done research. And three, I think they haven't been forced to recognize those realities because of the overwhelming white bubble that exists in Utah. There aren’t a lot of different cultures strongly present here.

PM: BYU is less than 1% black. How do you think that affects the culture of the school and your experience there?

SSJ: I think it affects the culture because a lot of students don't have to get outside of themselves, and so they never have to change because half the time they're not with black students. Most of their classes, it's just them and their white peers who are also members of the Church. And so when do they ever have to get out of their comfortability zone?

PM: How far would you say BYU has to go along that process?

PM: BYU has hired a vice president of belonging to deal with such issues of diversity and inclusion. How do you feel about that? And what kind of change will you be looking for?

SSJ: I'm hesitant to say that they will actually make change. However, I hope that they continue to work in active ways to educate the mass population about racism in the United States. How it has existed, how it does exist. How racism has been embedded in the LDS church, how it's been perpetuated at BYU and all of those things in the same way with homophobia and sexism. 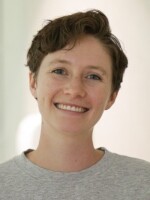