In Utah’s Polygamous Border Town, A Changing Of The Guard

A historic change is taking place in the southern border community of Hildale City, a polygamist enclave run by leaders of a fundamentalist offshoot of the Mormon Church. For the first time in its history, the town will be helmed by a female non-member.

A grassroots movement called Community Alliance was organized to field candidates for the 2017 election. Jessop had a lot of support from neighbors who helped her run for office.

Her campaign centered on rejecting what she described as certain dogmas of the church.

“We still have a lot of men in the community that are not FLDS anymore, but still  have a really hard time with the thought of a woman being in a leadership position,” she said.

“I’ve grown up with it. I’ve had men tell me … there’s been a lot of Facebook comments that say, ‘I don’t think a woman should be doing that job.’ So I’m not surprised. I know what the makeup of the community is, so it wasn’t a surprise to me. But I was almost relieved, very happy.”

Jessop left the FLDS a few years ago over disagreements with the sect’s leaders. They include Warren Jeffs, widely believed to be calling the shots from his prison cell in Texas, where he is serving time for child rape.

Jeffs was the subject of an FBI manhunt before getting arrested in Las Vegas in 2006. His brother, Lyle Jeffs, is also a high-ranking leader who pleaded guilty to food stamp fraud in September. He’s due for sentencing Dec. 13.

Hildale City is one of the twin cities incorporated in the early 1960s with Colorado City, Az., also a polygamist community. Asked if Jessop would work with the mayor there, she said yes though it’s unlikely he will because he’s a member of the FLDS.

Her first order of business is to look at the budget, improve the water system, and lure business to Hildale City once a newly-installed fiber optic network is connected. As for the town’s insular reputation, Jessop says she wants to show the rest of the state and the world, that the town is open.

“We are not trying to cover anything up; we’re not trying to hide,” she said. “I would really like to bring in the tourism. We’ve got the most beautiful mountains and they’re the backside of Zion National Park.

“Let’s feed and give these people drink and a place to sleep and show them that we are great people to work with, that we’re ready to play. We’re ready to be a part of this.”

Jessop said she wants prospective tourists and the town’s own citizens to feel safe.

“The change is already happening,” she said. “Now that we’ll be in city government, the change will just gather momentum faster.” 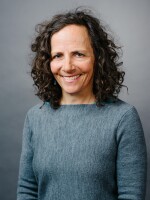