Opening a new package of Tylenol can take some effort. There's the cardboard packaging, plus the push-and-twist top and the safety seal.

It used to be a matter of just popping off a cap. Thirty years ago, seven people died in Chicago suburbs after taking poisoned Tylenol. Pharmacies pulled Tylenol off the shelf in a panic, and the nation was in shock.

Richard Keyworth was a firefighter in the area and one of the first investigators in the Tylenol murders case. He says investigators quickly realized the poison was hidden in bottles of Tylenol, but no one knew how it got there or how many people were at risk.

"There was a feeling of helplessness, and Tylenol was the medication for everything," he says. "If you can't trust that, what can you trust?"

Investigators said the poison was likely slipped into bottles after they were already on store shelves. Johnson & Johnson recalled about $100 million worth of Tylenol.

No one was ever charged with the crime. The FBI has reopened the cold case and investigators are using new technology to search for DNA evidence.

Mark Mandell was finishing up pharmacy school in Chicago when the Tylenol murder story broke in 1982. He says for a while, people were scared to take just about any medication.

"You really had to try to reassure people, but how confident were you as an individual? Because no one knew. It was unknown who the attacker was, what the motive was, and ... it was out there," he says.

Mandell says there shouldn't be any confusion now about how to handle a product with a broken seal.

"It's sort of in your face. You know, if anything appears wrong, don't use it," he says.

Over time, Tylenol bounced back to its status as a household name. O.C. Ferrell, a marketing ethics professor at the University of New Mexico, says the way Johnson & Johnson handled the Tylenol case is still considered textbook crisis management.

"If you're a really good company, like they were in making this recall, you've got to say, 'If we don't protect the brand name and our integrity of our reputation, then nothing will matter in the long run,' " he says.

Now, for many Tylenol users, perhaps the biggest thing they worry about is getting the bottle open. 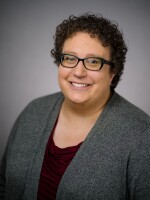 Tricia Bobeda
As Director of Audience Development, Tricia leads KUER’s digital and audience engagement strategy and serves as a project manager for special initiatives across the station. She first joined KUER in 2019 and is a Chicago transplant. She worked at WBEZ as Senior Editor of Mulitplatform News and led the station’s daily news operation across broadcast and digital platforms. She was also co-creator and co-host of Nerdette Podcast, an interview show where she talked to Tom Hanks about his love of typewriters, Roxane Gay about fierce feminism and a solid number of astronauts (because space is awesome). Prior to that, she was a reporter and producer for the Lansing State Journal, her hometown paper. She makes a mean guacamole.
See stories by Tricia Bobeda
Latest News
Support KUER
KUER is listener-supported public radio. Support this work by making a donation today.
Donate