The five-day music smorgasbord in the City of Trees is manageable, yet offers a bevy of local and national talent.

I want a t-shirt that reads, “Boise is the Bomb!”A happy alternative would be, “Treefort is for Lovers.” Not necessarily lovey-dovey lovers, but lovers of music—the ones that get ecstatic when they discover a new band, the ones that have their eyes closed and their hands in the air in the front row of a show, and the ones that hate waiting in line or navigating an insanely busy music festival.

Yes, I love Boise, Idaho, and Treefort Music Festival, which celebrated its fourth year in existence March 19 - 24, 2014. Similar to other metropolitan-based music festivals—like Musicfest Northwest in Portland, Oregon, and Denver’s Underground Music Showcase—in size and scope, Treefort played host to more than 370 bands, ranging from national-touring acts like The Joy Formidable, Polica, Run the Jewels, RJD2, This Will Destroy You and Dan Deacon to Boise’s best acts and, of course, hometown darling Built to Spill.

I’ve been to SXSW, the world’s largest music festival/conference held annually in Austin, Texas, and I’ve been to outdoor festivals like Bonnaroo; I’ve been to tiny bluegrass festivals in Colorado and even Utah’s Desert Rocks Music Festival. Treefort lands somewhere in the middle in terms of geographic location, band offerings and festival “extras” (like a cinema festival, art showings, comedy, etc.). And, people think I’m crazy when I say this, but Treefort is my favorite.

So why do I love Treefort so much?

Treefort attracts the best bands from the Northwest, many of whom are traveling back home from SXSW. Some of these bands won’t come through Salt Lake City and are at that stage in their career where you get the joy of musical discovery upon seeing them. As a point of comparison, I saw Polica at SXSW at a packed NPR party several years ago and then again this past weekend on the main stage at Treefort; hands down, the room-to-move show set outside was far superior.

There are a ton of great music venues in Boise. The Neurolux is the classic staple of the area, but some spots that are a pleasure to see music in, for their ambiance and character, include The Bouquet, Pengilly’s, the Linen Building and El Korah Shrine Circus. Just about all of the venues are within a short walk of one another, and if you are smart enough to bring a bike, that makes navigating the city and the festival a breeze.

There are no lines. Or if there are, they are minimal. There was only one show this year where my group of friends were turned away because of a long line (Wooden Indian Burial Ground at Neurolux). This seems pretty remarkable to me. And if you hate the possibility of having to wait in line during the festival weekend, you can purchase a Zipline Pass for only $299. I think I paid that for a cheeseburger at Bonnaroo.

Boise really is the bomb. A little liberal and artistic oasis in Idaho, Boise comes even more alive during the festival. There’s a vibrant community in Treasure Valley, and every time I visit it makes me consider a move. That doesn’t happen when my senses are overwhelmed in Austin or wherever.

I’m not really one to complain all the time about the weird liquor laws in Utah, but it really so nice to be in a place that’s a scant driving distance (five hours), where you can get a proper cocktail or a delicious microbrew. Plus, there are some excellent food options (like Red Feather Lounge/Bittercreek Ale House, Bardeney Restaurant and Distillery or myriad food trucks and, of course, Goldie’s for breakfast), which, again, have little to no wait.

Some of my favorite moments at the 2014 Treefort Music Festival included being in the front row as the sultry, production sounds of Polica poured over me. We danced our butts off (with plenty of room to spare) to the funk-soul swagger of The Budos Band. I absolutely fell in love for the fervor and passion of Cody ChestnuTT at a late night show. And seeing Built to Spill in their hometown perform at the El Korah Shrine Circus — with a crowd of devoted, long-term fans singing along — was a blast.

It’s my hope that the photos in this essay capture that. So as you plan your 2014 live-music travel calendar, Treefort Music Festival is worth a nod, if not making it the center-piece of the calendar.

Austen Diamond is the former music editor of the City Weekly and a freelance writer for national and regional magazines covering arts, entertainment, food, and news. He has interviewed everyone from music's luminaries like Ani DiFranco and Les Claypool to today's biggest acts like Fun and Beach House. He has won numerous awards for his reporting skills from such organizations as the Society of Professional Journalists. Also an acclaimed photographer and photojournalist, he shoots creative portraiture and documentary-style work and produces 13% SALT, an online photo journal highlighting Utah's modern pioneers, subcultures and modern communities. 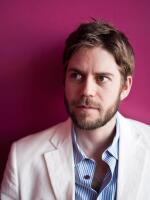